What effect will climate change have on the arctic? Are the Great Powers building up
their Arctic military presence? Will new trade routes via the North Pole change the
world economy? Are the voices of the native inhabitants being heard?

We are excited to inform you that Liz ter Kuile will be our next speaker! Despite being
relatively young, she is the Senior Policy Officer responsible for the Dutch Arctic strategy
at the Ministry of Foreign Affairs and she represents the Kingdom of the Netherlands in
the Arctic Council! She has also worked extensively on the Netherlands’ Polar Strategy
that has just been published! Miss Ter Kuile has an extensive background in Law and
speaks six languages. Before being admitted to her current post she also represented
Dutch interests in Cuba, Estonia and the European Union. Miss Ter Kuile will give us the
inside take on what happens in the council and how a change in the arctic might change
the world. After the lecture, the floor will be open to all participants to ask questions
about this interesting topic!

The lecture will take place on Monday April 12th, starting at 19:30h. You can sign up
for free here: https://forms.gle/ruPfQ6nu72hQueHz9. A participation link will be
provided by email after signing up. 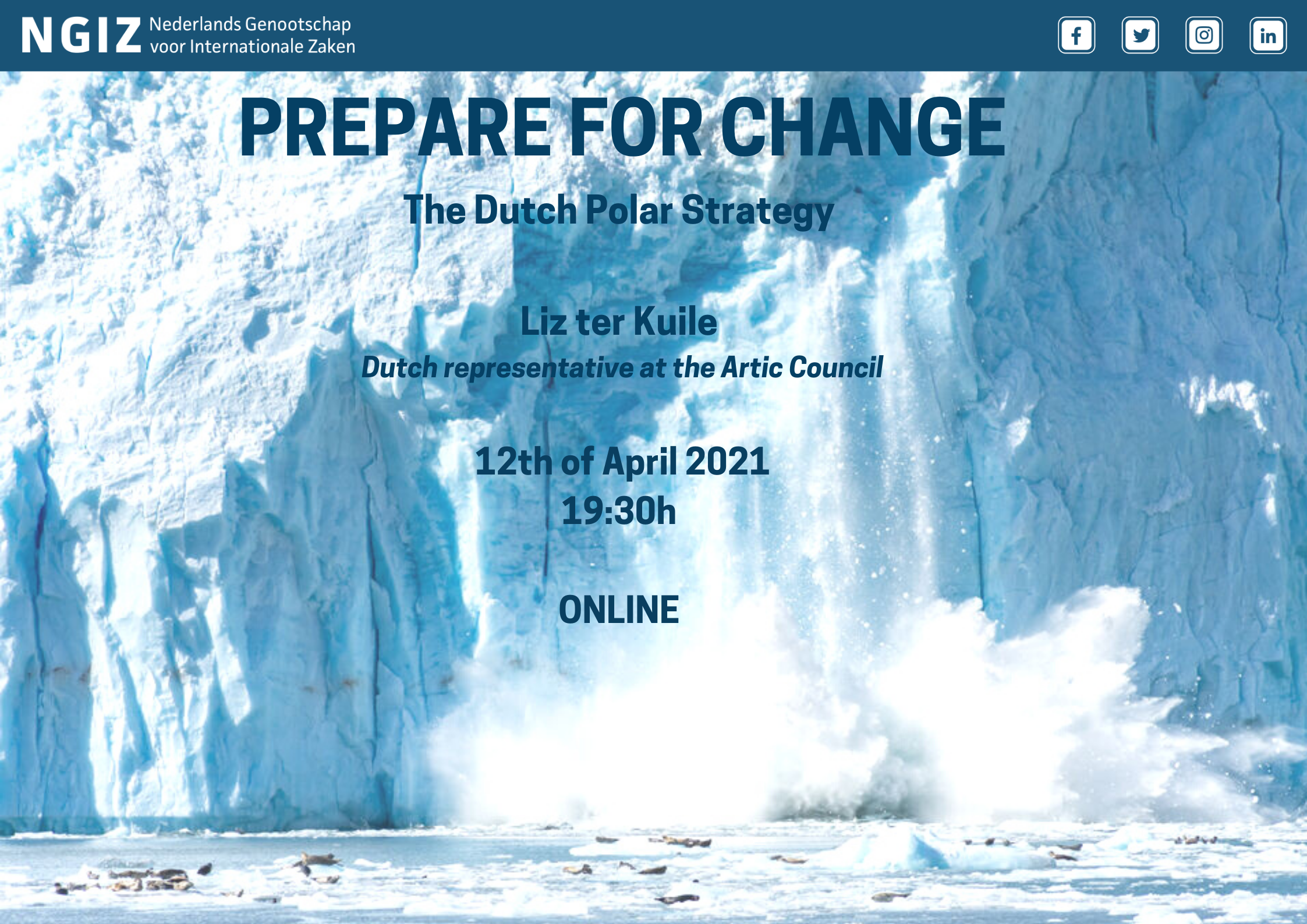